Adoption is a subject that is near and dear to our hearts. Each of us has adopted children from other countries.  Through our work, we have also seen firsthand the long-term challenges that can result from abuse, neglect, trauma and institutionalization. We are both very actively involved in the adoption community – lecturing, writing articles, developing workshops and becoming involved in various adoption-related nonprofit organizations.

Because of our personal as well as professional experiences, we appreciate the wide range of issues that can affect adopted children. We know that, for a variety of reasons, adoptees are somewhat overrepresented in the world of special needs. If you are an adoptive parent, you can probably find a lot of answers in this book.

However, you should also be aware that this group often has its own unique needs as well. It is beyond the scope of this book to discuss them in detail, but we wanted to mention some of the issues you might need to investigate, and to introduce you to some of the resources available to you. ~ Kim and Robin

Joe was adopted from foster care at four years of age.  He had lived with his biological mother for his first two years, but she had neglected him and several of her boyfriends had abused him.  His anger, fear and related behavioral problems were significant. The slightest frustration might trigger a violent tantrum; an angry word to him might provoke a lengthy crying jag.  At school, he typically could not complete tasks and often did not even start them.  He was delayed in all subjects, especially reading and writing.  Everyone assumed his problems were due to his emotional challenges. Joe was also placed in a classroom for children with emotional disabilities.  He had a skilled therapist who was making limited progress using both cognitive/behavioral therapy, as well as EMDR for trauma-specific concerns.

It was not until he was ten years old that a neuropsychological evaluation revealed he had poor language processing.  The early neglect had not only impacted Joe emotionally.  Because he had heard so little speech during his early childhood, his language skills were severely impacted.  With this knowledge, his therapist shifted strategies to use more visual approaches to treatment.  His teachers also began to see his classroom frustration as partly due to the chronic stress of not often understanding what had been said, as well as not having understood material.  His educational team began to remediate skills using simpler language and more visual supports throughout the day. Joe, significantly less stressed, saw a huge leap in his ability to control his daily frustration and began enjoying life and school much more. He was no longer seen as “the defiant child.” He became a happier kid~ J.B.

When Kolya’s parents were handed their 9-month-old son in Russia, they knew he had not had much holding and carrying. He could not even sit up, and the back of his head was quite flat from being in only one position.  He surprised and delighted his parents by zooming forward with his motor development, crawling by 11 months and walking by 12 months.

But then, he started running, climbing, jumping, bouncing, and practically ricocheting off of everything (and everyone) in sight. His behavior seemed out of control, and his parents were suddenly a lot less delighted, especially when other parents began hesitating to let him play with their children. He was “that kid with behavior problems.” It took them two years of exploring to find a specialist who explained to them that Kolya’s sensory system was out of whack. The lack of early movement had caused his proprioceptive and vestibular systems to develop incorrectly.  Kolya needed the constant movement to help his body “feel” where he was.  When he sat still, he lost this sense and felt very uncomfortable. They started sensory integration therapies right away and within a year, Kolya became a much calmer child. Relieved, his parents were able to relax and bring him to social functions again, where they watched him make friends and even take care of younger children in a most touching way. ~ R.S.

Adoption has an air of mystery to it.  When you are raising a biological child, you think you have a sense of what you might get.  You know your own qualities, strengths and weaknesses and those of your spouse, so you have some expectations on everything from height to hair color to the happiness gene. Learning and behavior issues also run in families, so academic and emotional challenges often seem familiar and are not completely unexpected. Even when a child is the first in a family to be identified with a particular issue, it often turns out not to be such a surprise after all. When I explain assessment results to parents, they frequently see aspects of themselves or family members.

Of course, it is always possible for your genes and those of your spouse to combine in a way that does surprise you. But somehow – and I say this after doing hundreds of assessments and being an active member of the adoptive parent community myself – it is usually not nearly as much of a surprise as an adopted child’s issues. Although a few adopted families get a lot of medical and other background information on their children, most do not. Their child’s history, origins and experiences are indelibly marked on his body and brain, but in invisible ink. Adoptive parents can only decipher this invisible code by watching their child develop over time.

Sometimes, an adopted child’s “issue” is only that he operates very differently from his adoptive parents. I once worked with adopted son of a quiet, low-key couple. They were worried about their gregarious, bright, very active son.  Might he have attention deficit disorder with hyperactivity?  But he was doing well in school, teachers had no concerns and he had lots of friends. After a thorough assessment, I found no cause for alarm and simply explained that some people are just more energetic than others. Other parents might be quite intellectual and be concerned about an adoptive child who doesn’t seem to enjoy reading. Still others, athletic and constantly on the go, might be mystified by an introverted child who prefers quiet play. However, unless there is reason to believe that the child is actually struggling, there is probably no learning disorder.

Issues in the World of Adoption

A large number of adopted children display issues that directly stem from the circumstances of their adoption. Some of the most common examples are:

Fortunately, the more we understand about neuroplasticity and healing in general, the more solutions have emerged. Again, while many of these chapters may be helpful, addressing the specific needs of adoptees surpasses the scope of this book. However, we would like to leave you with a few things to consider in your search for answers.

It is important to know that everything is not attachment-related. As important as this issue is, it is important to stress that not all challenges in adopted children stem from attachment issues. Even if attachment is a concern, other developmental challenges may play an equally important role. It is particularly common for sensory processing issues, particularly tactile sensitivity, to be diagnosed as attachment disorder rather than the sensory issue it really is. If a practitioner is so focused on attachment issues that he is likely to see everything through that lens, you might want to consider finding someone else.

Vet your therapists carefully, no matter what their specialty is. The usual questions apply regarding whether they have worked with children similar to yours. But ideally, they should also have some knowledge and experience relevant to adopted children. Some questions you might ask include:

Remember to use your community! The community of adoptive families is vast, well-informed and quite engaged. This is not a resource to take lightly. Find online and local groups. They can guide you to local resources, point you to the latest research and provide you with moral support.

Despite the challenges, adoption continues to be an incredibly enriching way to build a family.  Because of the potential challenges, we highly recommend that all parents considering adoption take pre-adoption classes to feel prepared.  However, it is also good to know that the large majority of adoptive parents report that they would make the same decision to adopt their child again even knowing the challenges awaiting them. We warmly wish you luck as you search for the best ways for all of you to thrive.

The Donaldson Adoption Institute covers a wide range of information about adoption and adoption policy.   www.adoptioninstitute.org

Adoption Parenting: Creating a Toolbox, Building Connections by Jean Macleod and Sheena Macrai, editors. This very comprehensive resource will help you throughout your adopted child’s life.

Beneath the Mask: Understanding Adopted Teens by Debbie Riley and John Meeks, M.D. Adoption plus adolescence can be a complex combination. The authors help parents understand the issues and learn new techniques to address them.

The Connected Child: Bring Hope and Healing to Your Adoptive Family – For parents who have welcomed children from other countries and cultures, from troubled backgrounds, with special behavioral or emotional needs by Karyn B. Purvis, Ph.D., David R. Cross, Ph.D. and Wendy Lyons Sunshine. Written by two research psychologists who specialize in adoption and attachment, this book shows readers how to connect with and discipline adopted children with compassion and love. 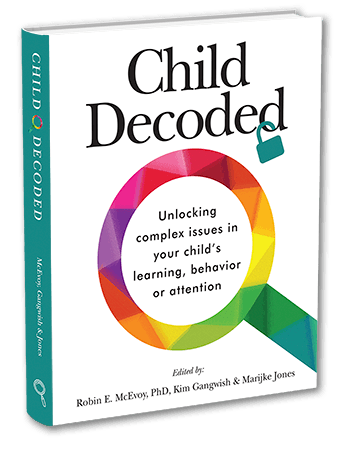 Buy the Book
Read An Excerpt

This book can rightly be called an owner’s manual for the many parents who’ve spent sleepless nights wondering how to help their kids realize their potential.